A collection of 3 realistic blackwork animals, along with a stylised rooster and dragon, all available as instant downloads.

There are various ways of shading a blackwork design. The method used here is to add extra stitches to the pattern in the darker areas. If you haven't tried shading before, you might like to try out my free pattern first or download my Blackwork for Beginners ebook. 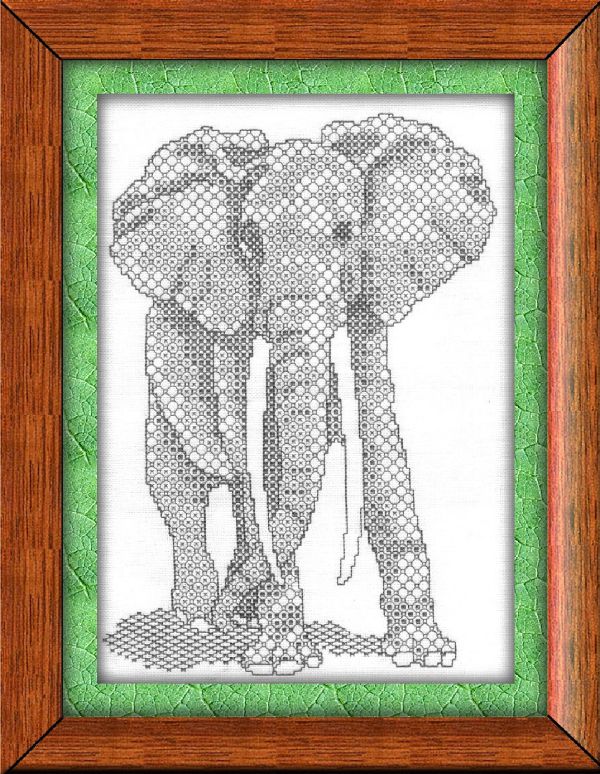 The elephant in this blackwork design has long ivory tusks, which are safe from poachers. Sadly, not all of his family is so lucky, and the numbers of wild elephants around the world are dropping fast. Will this magnificent, majestic beast still walk the land when your grandchildren grow up? Or will your stitching be the only representation of these massive creatures left?

As the global human population continues to grow, the number of animals will continue to decrease unless everyone shares their ideas and does their part.

Hang this blackwork embroidery on your wall and create a talking piece for your children or grandchildren. Empower your young ones and show them how to be part of the solution while there is still time.

I have left the tusks empty of stitches so that you can draw your own conclusions. Will they survive? 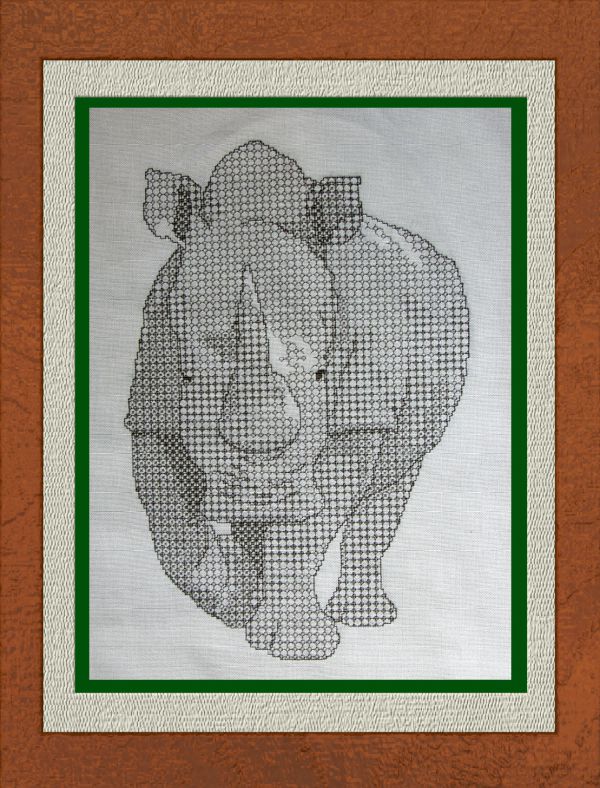 It is devastating to know that there are so few rhinos left in the wild. My heart weeps for the Northern White rhino as only two females remain after the last male, Sudan, passed away in 2018.

When I was a child, a rhino appeared on my bedroom wall one night! It was a shadow formed by an accidental arrangement of toys by the window. When my rhino shadow was gone it never came back. Whatever way I arranged my toys, I could never recreate the shadow. Just as there is nothing we can do to bring them back if they become extinct.

Still wanting a rhino on my wall when I grew up, I had to include a rhino amongst my blackwork animals. I named him The Warrior, as he is fighting for survival. Keep the plight of the rhino close to your heart as you stitch this majestic animal. 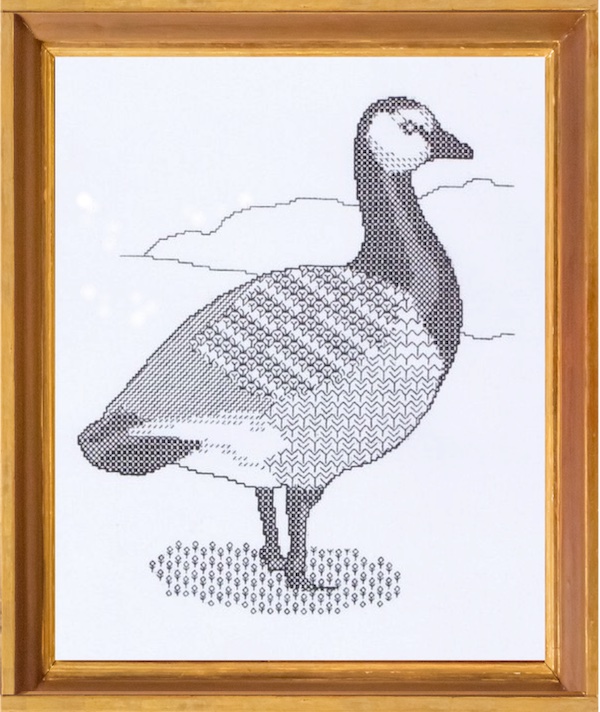 Sitting here stitching on a crisp winter's morning, I find it hard to understand why birds visit the UK to warm up at this time of year! But where do they come from?

People once thought the mysterious barnacle goose hatched from the black and white goose barnacles that washed up on the coast. After all, no one here had ever seen their nests. In fact, these diminutive geese raise their young in the frozen north of Greenland and Svalbard before undertaking their epic journey south.

The excitement arising from my first sighting of a barnacle goose inevitably lead to recreating one in blackwork and although it is a bird I have included it on my blackwork animals page.

I left the background white so that it would resemble the snow-covered arctic tundra.

Your digital design won't have to travel so impossibly far, but it will certainly take you on a wintery journey as you carefully build up the feather pattern in monochrome stitches. 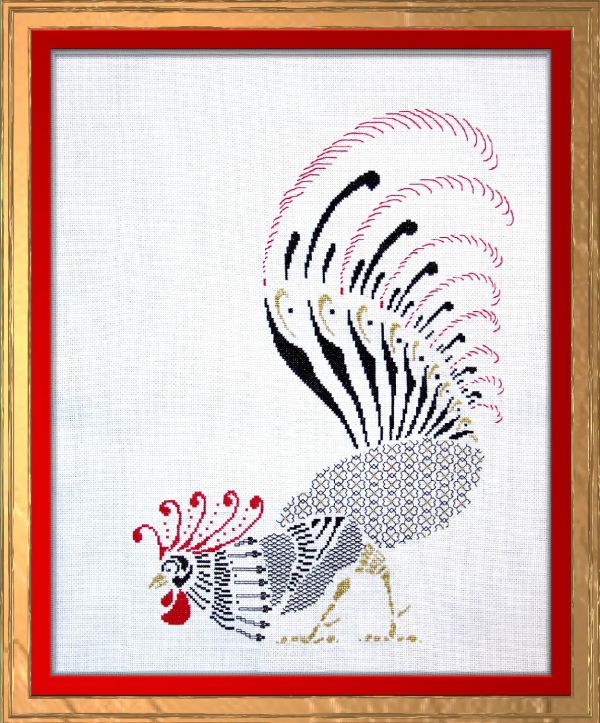 The morning after we bought three young hens, we rudely discovered that one was an alarm clock in disguise. He loudly informed us, and the rest of the town, that it was 5am and time to rise! After a week of early starts, and disgruntled neighbours, we had to find him a new home in the country.

Not to be thwarted, we decided on a French country theme for our kitchen instead. I wanted an image of a strutting rooster in pride of place on the wall, so designed this blackwork and cross stitch portrait. With tail feathers held aloft, I captured his rustic style in stitches.

I promise he won't cut your sleep short unless you find you can't put him down and end up stitching into the early hours. When complete, he will, however, give your home a quintessential French feel. 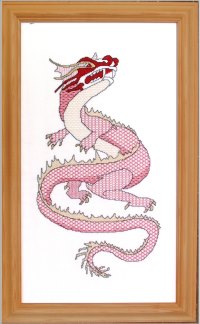 There is no need to be frightened of this Chinese dragon.

Unlike western dragons, these mythical creatures bring power, strength, and wealth. They don't breathe fire or harm humans. When I also learned that it is good luck to have an image of one in your house, whether it be a sculpture, painting, or in a textile form, I had to design a blackwork dragon.

A Chinese acquaintance explained that I must hang him so he was facing east, towards the rising sun and most definitely not in the bathroom! I asked how she knew he was a boy and she looked at me in disdain, saying all dragons were male and phoenix female. As a parting warning, she also told me never to step on a dragon rug!

If your home needs some good luck and prosperity, maybe it is time to stitch your own blackwork dragon for your wall?

If you enjoy mythical creatures, also check out my dragon cross stitch designs.

I hope you find something to your own taste amongst my blackwork animals collection. You can find more here.