If you don't enjoy stitching French knots you might like to try the colonial knot instead. You'll get a slightly bigger knot, which is more rounded and stands higher off the fabric.

You will also find it is more secure and less likely to come undone when you wash your project, as there are two twists around the needle, each going in the opposite direction.

French knots traditionally only use a single twist. Click on the link to discover my trick for making these commonly misunderstood knots behave! 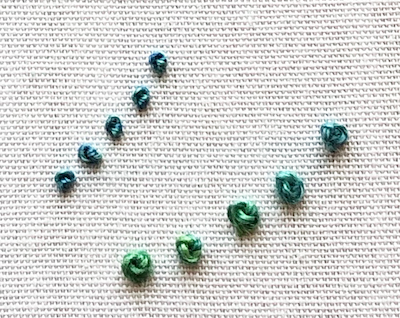 How to make a Colonial knot

The following step-by-step photos show how I worked Colonial Knots as part of the decoration on a crazy quilt block. 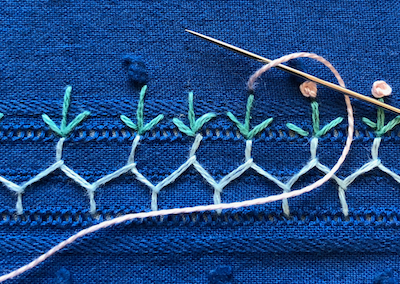 Take the working thread and lay it over, then under the needle point, to create a sort of figure eight. Pull the thread towards your body firmly but gently. 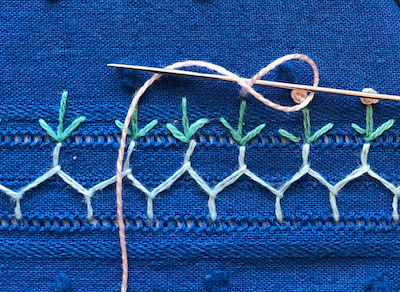 Angle the needle straight down into the fabric, while keeping tension on the working thread. Push the needle down through the fabric, not letting go of the thread until the last minute. This will ensure the colonial knot is tidy, not loose and floppy. 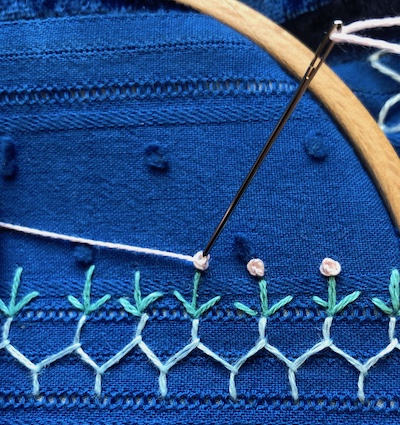 I embellished this printed fabric by stitching a Colonial knot on alternate green dots to form a ring around the rose. It somehow reminds me of a string of pearls. I could use this in a crazy quilt block. The thread used was again Pearl cotton number 8. 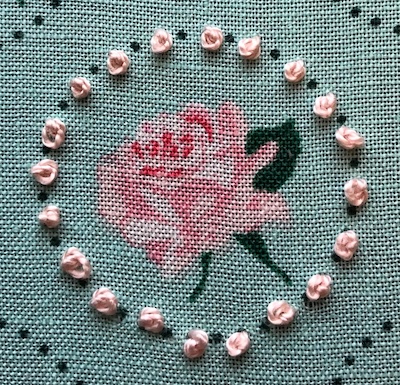 What are Colonial Knots used for?

I have created a list below giving some examples of where you can use Colonial knots. If you think of others, let me know and I will add them.

The difference between the two knots

On the crazy quilt block photographed above, I used Colonial knots for the top flowers and French Knots for the smaller stitches in between the leaves. For both types of knots I used the same thread - Pearl Cotton number 8.